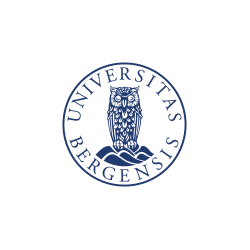 UiBs main role in the project will be to coordinate the whole project and perform lithography experiments using the new solid mask instrument to be build in cooperation with partner MB. The work will be carried out in the Nanophysics group which is in charged of the UiB Nanostructures laboratory: Equipment includes Raith E-line electron lithography device, a reactive ion etcher (790+) from Plasmatherm and an electron beam evaporator (BJD 2000) from Themescal. The critical steps are performed in an ISO 5 classified clean room from MCRT, which also spin-coating equipement, ellipsometry etc. as well as a fumehood for chemistry, which enable us to prepare resist on-site following UoB formulation.. The laboratory also include optical characterisation equipment (stereo microscope and optical microscope) as well as atomic force microscopy. Last but not least, the laboratory has a unique neutral helium atom scattering instrument Magie, which will be used to characterize the patterns imprinted in resist using diffraction. The neutral helium beam is created using supersonic expansion. Neutral helium atom scattering is one of the most surface sensitive characterisation techniques existing, because the beam scatters off the surface electron density distribution and does not penetrate into the bulk. Futhermore the energy of the beam is very low (less than 0.1 eV) and the beam is neutral. This means that fragile, insulating materials can be investigated with high precision, i.e. nano-size structures in self assemble monolayer resist. Helium atom scattering is not a commercially available technique, only about 10 instruments are currently running world-wide. The UiB instrument (originally built at the Max. Planck Institute in Goettingen) has the highest angular resolution of all, enabling periodic structures up to micron pitch to be resolved
more 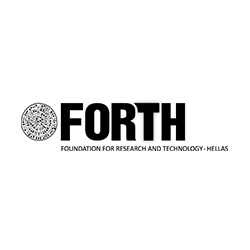 IESL-FORTH is one of the leading Greek research institutes in experimental physics. It covers a wide range of topics ranging from applied laser physics, over solid state theory and semiconductor physics to fundamental groups working both theoretically and experimentally on Quantum Mechanics. It contributes to nanoLace their expertise in material science (most notably in the analysis of surfaces) and in ultra-cold quantum gasses.

IESL-FORTH is one of the leading Greek research institutes in experimental physics. It covers a wide range of topics ranging from applied laser physics, over solid state theory and semiconductor physics to fundamental groups working both theoretically and experimentally on Quantum Mechanics. It contributes to nanoLace their expertise in material science (most notably in the analysis of surfaces) and in ultra-cold quantum gasses.   IESL is part of the Foundation for Research and Technology Hellas (FORTH), which is one of the most successful experimental research centres in Greece. The Institute of Electronic Structure and Laser  is the largest (180 personnel) of its six institutes. In the research activities at IESL, particular emphasis is placed on fundamental research and the involvement in high technology areas. The institute is centred around five subject areas: Lasers and Applications, Materials (polymers, electronic, magnetic, and photonic materials), Microelectronics, Environment and Theoretical/Computational Physics and Chemistry. Particular emphasis is placed on both fundamental research and development of high technology: On the fundamental research side, the laser laboratories of the Institute are involved in the experimental as well as theoretical study of a variety of phenomena related to the interaction of electromagnetic radiation with matter. Subjects include amongst others, experimental atto-second pulse physics, spin squeezing magnetometry, and theoretical quantum-optics, condensed matter physics, BEC and quantum computing. IESL recently received an ERC start-up grant for cavity enhanced parity violation and a Marie-Curie Excellence grant for Bose-Einstein Condensation. On the technological side, there is the development of novel industrial and medical applications of lasers and optoelectronic systems. In addition, there is a significant technological expertise in the use of lasers for the preservation of cultural heritage. Over the last 5 years, IESL-FORTH has realized and/or managed more than 100 industrial and/or biomedical projects, including several RTD EC projects. Currently, IESL is currently part of 24 competitive EU research project with a total volume of 100 MEU with IESL itself receiving 12 MEU. IESL coordinates currently 14 competitive EU with a total budget of 54 MEU   In the context of nanoLace, The Bose-Einstein Condensation and Mattewaves Group  of FORTH will develop a novel approach to lithography: Matterwaves will be used to write nanometer-scale images onto ‘photo’ resists.  Bose-Einstein Condensates of Rubidium atoms will be used to generate near perfect planar waves of coherent atomic matter. They will then be imaged onto a substrate using magnetic lenses. The substrate will be covered in a Rubidium ‘resist’, which will react with the incident Rubidium atoms. After exposure, standard etching procedures will produce the desired structures. The biggest advantage of matterwaves over light, is the much shorter wavelengths, which can be as short a a few nanometers. They will use the resulting increase in resolution to write nanometric structures as a proof of principle demonstration of this novel approach.
more 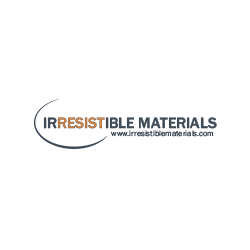 Building on over a decade of research and development based in Birmingham, UK, IM has developed a comprehensive intellectual property portfolio, including over 40 patents and patent applications covering materials and processes for applications in next generation lithography, including Extreme Ultra-Violet (EUV) Photo-Resists, and Spin-on Carbon hardmask materials. IM has developed a new class of EUV Resist - ‘Multi-Trigger Resist’ (MTR). MTR offers significant advantages over existing polymer based technology due to its patented ‘multi-trigger’ process and small molecule which is capable of improved Resolution and LER. The Spin on Carbon hardmask can enable the next generation of multi-layer (3-D) micro-chip designs within the patterning stack. IM's role in the NanoLace project covers the delivery of resist material. Fullerene based helium ion beam resists will be synthesized and formulated. The formulation purity will be ensured through ultrafiltration and metal ion removal. Different equipment and procedures will be investigated to find the optimum purification method based on the lithographic performance of the material. Techniques such as ellipsometry, thermogravimetric analysis, electron beam lithography and plasma etching will be used to characterize the resist performance. For the metastable helium atom beam resist, IM will contribute expertise in fullerene and high carbon deposition to help develop an appropriate patterning stack for the resist. Traditionally, patterning stacks are prepared via spin coating, but the monolayer nature of the resist will require precise underlayer deposition via evaporation. IM will then enable direct market introduction of the new product lines covering the novel resist products, and expects to develop a new product line for Helium Atom Beam Resist and a new product line for Helium Ion Beam Resist.
more 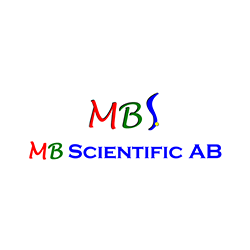 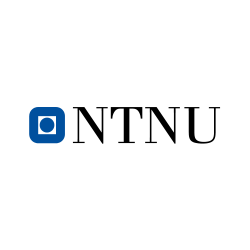 NTNU (Norwegian University of Science and Technology) is the largest university in Norway and it has currently more than 40 000 students and 8 000 employees. The main campus is in Trondheim and smaller campuses in Gjøvik and Ålesund. NTNU has the main national responsibility for education and research in natural science, engineering, and technology. In addition, the university also offers higher education and research in disciplines like medicine, psychology, social sciences, the arts, teacher education, architecture and fine art. The university has roots dating back to 1760.

NTNU (Norwegian University of Science and Technology) is the largest university in Norway and it has currently more than 40 000 students and 8 000 employees. The main campus is in Trondheim and smaller campuses in Gjøvik and Ålesund. NTNU has the main national responsibility for education and research in natural science, engineering, and technology. In addition, the university also offers higher education and research in disciplines like medicine, psychology, social sciences, the arts, teacher education, architecture and fine art. The university has roots dating back to 1760.

The Department of Physics has about 40 academic staff members and employs in total 160 people (as of Mar 2020). The central research areas of the department are materials science, nanoscience, surface physics, modern optics, astrophysics, solar energy, biophysics, and medical technology.

The prime role of NTNU in the project is to develop the theoretical framework for the solid mask calculations and to use it to propose mask structures that will be manufactured and tested experimentally by other project partners.
This work is demanding computationally and will, therefore, be performed at high performance computer facilities.

Trinity College Dublin is a partner in the NANOLACE collaboration through the Prof. Richard Hobbs’ research group at the School of Chemistry and the Centre for Research on Adaptive Nanostructures and Nanodevices (CRANN).

CRANN comprises a team of over two hundred and fifty researchers from 45 different countries, led by eighteen principal investigators and seventeen investigators, each of whom is an internationally recognised expert in his/her field of research. CRANN principal investigators are based across multiple disciplines including physics, chemistry, medicine, biochemistry and immunology, engineering and pharmacy. CRANN works at the frontiers of nanoscience developing new knowledge of nanoscale chemical and physical phenomena, with a particular focus on new device and sensor technologies for ICT, biotechnology and medical sectors. CRANN also hosts the new Science Foundation Ireland research centre, AMBER (Advanced Materials and BioEngineering Research), a €60M euro state-enterprise investment in material research and innovation. As part of the NANOLACE collaboration, the group at Trinity College Dublin will develop nanofabrication processes for the production of binary holograms for matter waves that will be used in NANOLACE to extend lithographic patterning to the 1-nanometre level.
more 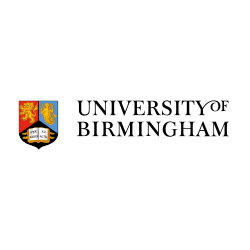 Founded in 1900, the University is one of the leading research-based universities in the United Kingdom; the breadth of research expertise is a distinctive characteristic of the University.

The last UK Research Excellence Framework in 2014 confirmed that 87% of the University’s research has global reach, meaning it is recognised internationally in terms of its originality, significance and rigour. Birmingham is 84th in the 2018 QS World University Rankings, cementing our position in the top 100 universities globally and placing us 14th out of the 24 Russell Group universities to feature in the ranking. The principal role of the University of Birmingham will be development of new resists for metastable helium atom beam lithography. As metastable helium atoms have a near to zero nm penetration depth this will be focused on a self-assembled monolayer top surface imaging approach, and it will therefore also be necessary to develop appropriate underlayers to form a suitable multilayer etch stack for pattern transfer. The University of Birmingham will also undertake the development of new resist materials to enable the ultra-high resolution helium-ion-beam lithography that will be required for the fabrication of the holographic masks and will develop the idea Robinson has proposed for the Bose Einstein lithography of chemical treatment of the deposited Rb so that it can be used directly as an etch mask
more

We use cookies to ensure that we give you the best experience on our website. If you continue to use this site we will assume that you are happy with it.OkCoockie policy